Manufacturing Fitness Supplements: When Should My Customers drink Their Protein?

Nutrisport Pharmacal in proteins is one of the most used services when it comes to nutrition ad it involves private labels of casein, egg protein, and soy, among other powders that are custom made. The protein market is exceptional is providing supplements for bodybuilding, and the clients lean heavily on the formulation of the body. There are collagen powders that can get added to blend in food, and the article discusses when one should get to drink their protein as a supplement.

When does one need whey proteins?

The most important way that you can consume proteins daily is through eating whole real food. However, customers usually rely on proteins as fuel when they find it difficult to work consistently on their protein diet by eating food. The following happens especially when you see the customers taking large amounts of proteins daily so that they can grow their lean muscles, and the private label protein drinks are what is suitable for them.

Taking of whey proteins involves drinking a bioavailable and easy drink that gets poured into water, beverages, or smoothies according to the choice of the customer. It has amino acids that are mostly large in their amounts, which serve as the building blocks of muscle growth advancement. The proteins also get absorbed rapidly, unlike the other types of proteins as it builds muscle repair.

Pre-Workout
Research surrounding how protein gets consumed minimally. A Nutrisport Pharmacal study divided 21 men into two groups that were given protein drinks of 25 grams. Each protein to drink involved ingesting it right before doing their workout while the other after the workout. They did this three times a week over ten weeks, and there was no significant muscle strength or the size as reported. The results suggested that as long as one takes proteins around the workout time, the protection is useful, whether it’s before or after.

Post-Workout
Sometime the customers may not be hungry after the workout, and they want to reap the benefits of proteins through a protein mix without getting a full proper meal. A study that was conducted and they recruited 30 men who had trained biweekly for six months prior were grouped based on their lean muscles. The study concluded that there two trials have done which got separated by two weeks involved men ingesting proteins of 20 and 40 grams of protein drink. The considerable change found that 20% of muscle protein synthesis got involved in the group, and it took 40 grams of protein post-exercise.

The goals in mind while using proteins

1. Gaining weight loss
Customers trying to lose weight can use proteins because it’s considered essential nutrients to achieve the process. A high-protein diet will speed up the metabolism, and your appetite will be curbed. The process if intake should be done on a daily schedule so that a customer may achieve the benefits.

2. Preserving muscles
According to research, people get to lose approximately 3-8% of the muscle mass each decade after they reach the age of 30 years. Losing muscles can cause high risks of fractures and a short life span. Private labels provide protein powder, which gets mixed or enjoyed in a low-protein meal to curb the customer’s risk. It ensures optimal muscle health in the body by helping in bodybuilding. Protein is also efficient in digestion and absorption on food when taken before bed hence increases the muscle protein. 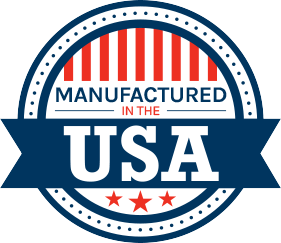